The smile has returned to the face of a six year old Orthodox Jewish boy in Boro Park, Brooklyn after his e-scooter was stolen from him one week earlier.

The New York Police Department’s 66th Precinct and NYPD Community Affairs partnered with local community leader Yanky Meyer and local businessperson Yonasan Schwartz, owner of Toys 2 Discover in Brooklyn to provide Simcha Rotenberg with a new Mobius scooter and a helmet to replace his stolen wheels just in time for his birthday.

In collaboration with community leader Yanky Meyer and Yonasan Schwartz, the owner of Toys 2 Discover, we were able to provide the young victim a brand new scooter and helmet for him to enjoy! pic.twitter.com/lIXYHmgvaP

The second-grade child was pushed off his scooter last Wednesday by a vicious robber who then took the wheels and rode away.

The little boy was so traumatized by the incident that he was unable to attend school in the days after, according to his father, who spoke with the New York Post.

More than a dozen people offered to help the child’s father replace the stolen scooter, the New York Post reported.

The robber is still at large. 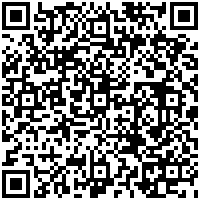