Colleen Hufford was beheaded on Friday, and another coworker stabbed when Alton Nolen, and ex-con who converted to Islam allegedly went on a rampage in the food distribution company he was recently fired from, according to a NY Post report.

The attack ended when the company’s COO, Mark Vaughan, shot Nolen with a rifle he kept in the office. Vaughan is also an Oklahoma County reserve deputy.

Nolen’s colleagues say he had recently converted to Islam, and kept trying to convert other people in the workplace.

Nolen’s Facebook page featured anti-American and anti-Israel messages as well as photos of ISIS and Al Quaida people, according to the Washington Post.

Traci Johnson, the second victim, where she listed in stable condition.

Nolen was also taken to the hospital, and is now conscious. He will be charged with 1st-degree murder and assault and battery with a deadly weapon. He may also face federal charges. The FBI are investigating the case. 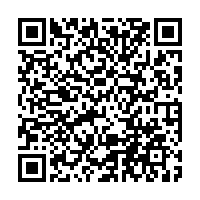