Prominent Muslims and Jewish leaders came together this weekend to form a new interfaith relations effort on the eve of Ramadan, the Mukhayriq Initiative, which aims to underline the importance of Muslim-Jewish cooperation.

The Initiative was founded by a consortium of Muslim and Jewish leaders, including:

“Some extremist leaders argue that Muslims and Jews are ‘enemies’, this is dangerous rhetoric that demonizes, divides, and incites violence,” said Anila Alii.

“After recent attacks against synagogues, Jewish institutions and Jews, the responsible mainstream can be silent no longer.”

“We come together as allies and friends, to celebrate what unites us and to stand against hate,” said Cohanim.

“We will no longer silently tolerate incitement under the guise of political differences, or the celebration of hateful extremists as supposed civil rights heroes.

“Mainstream Muslims and Jews know that a new era of peaceful coexistence can be ours if we stand up to extremism and stand up for our shared values.”

At the opening event for the Initiative, Muslim and Jewish leaders spoke about the importance of intercommunity relations, while Cohanim launched the Mukhayriq accelerator program and invited projects to build bridges between Muslim and Jewish communities.

The winning entrants will divide $50K in seed funding between them and will participate in a six-month program to build their concept with mentoring and networking while working with the Initiative’s professional staff, board members and advisors. 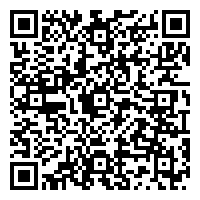