The Palestinian Authority-run Ma’an news website is well known for promoting baseless Arab propaganda, but you’d have thought they could at least get their basic geography right.

But in an article bemoaning the “nakba” – the “tragedy” of having lost a war they started – Ma’an seems to have forgotten some of the basic geography of the Middle East, to say nothing of the Islamic world.


Retracing the Nakba in West Jerusalem’s al-Malha is a paean to the “once thriving” village” and a celebration of Palestinian self-pity: Palestinians are victims of “ethnic cleansing”, and al-Malha refugees continue to “lie in wait… hoping to hear the call to prayer ring forth once again” from the village mosque.

The paean continues with a romantic village of the historic Hejaz Railway, which, the article claims, once ran via Jerusalem’s Emek Refaim valley on its journey from Damascus to the Islamic holy city of Medina.

Now, it doesn’t take a graduate degree in history to know that Jerusalem is a long way from the direct route between Damascus and Medina, and that the Emek Refaim valley runs out the west side of Jerusalem towards the Mediterranean Sea – in other words, in the very opposite direction that the Hejaz Railway followed on its southward journey from Damascus to Amman, Jordan, to its final destination in Medina, in current-day Saudi Arabia. 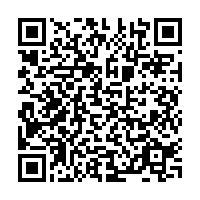