Yoni Alper, on his Terror Watch facebook page, posted the above photo from the Temple Mount, taken on Thursday morning.

While Jewish children in Jerusalem are building snowmen and having friendly snowball fights, The Arabs, on the holiest site to Judaism, and a site the Arabs claim is holy to them too, are building symbols of hate, M-75 missiles out of snow, to show what they want to do to Israel.


The M-75 is the Gazan long-range missile that targeted Jerusalem and Tel Aviv during the “Pillar of Defense” operation.

During the war initiated by Gaza, the Palestinians launched M-75 rockets  at Israel from heavily populated areas. Gazan rockets were often launched at Israel from sites next to schools, and mosques.

As far as snow art goes, placing it next to the Al Asqa mosque is true to life. 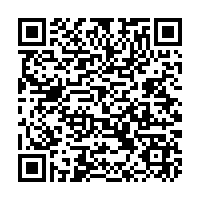