“I think that I speak for the entire Israeli people, as well as for many people outside Israel, who feel a certain relief this evening,” he said in a statement after the visit.

PM: I think that I speak for the entire Israeli people, as well as for many people outside Israel, who feel a certain relief this evening.— PM of Israel (@IsraeliPM) September 14, 2016

“My prayer has, at least, strengthened today having seen the dedicated care as well as signs of hope. We will all continue to hope and prayer,” the prime minister said.

Peres was rushed to the hospital Tuesday night after suffering a massive cerebral hemorrhage. He was taken to the Neurosurgical ICU, sedated and placed on a respirator. An initial CT scan clearly showed the bleeding from the stroke, and a second CT scan an hour later showed little improvement.

Nevertheless, by Wednesday morning, there was some noticeable improvement, with Peres responding to verbal conversation by squeezing the doctors’ hands and showing signs of responsiveness during times of reduced sedation.

Doctors expressed guarded optimism but have warned the 93-year-old elder statesman has a long way to go, and that it is far too early to offer a prognosis. 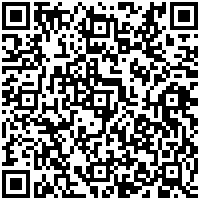