by Jonathan Benedek The medical condition of former Israeli President Shimon Peres has improved to the level where he is stable and responsive, according to the most recent update from Sheba Medical Center at Tel Hashomer, where he is receiving care.

“After 24 hours of evaluating the ninth president, Mr. Peres, I can say that he is still in fairly serious condition, but that he is stable and that we are seeing some improvement,” said Sheba Medical Center Director Professor Yitzhak Kreiss.

“I am pleased to say that he understands what is being said to him, is responsive, and even warmly squeezed my hand,” added Peres’s personal physician and son-in-law Professor Rafi Walden. “We are impressed by the way that his recognition capability has improved considerably in the last few hours.”

Peres was sedated Tuesday night to faciliate care by his medical team; his condition improved Wednesday to the point that the doctors began to reduce the dose of anesthetic medications.

“We are trying to reduce some of the sedation in order to evaluate him and that is a good sign,” Kreiss added. “We will continue to evaluate him in the neurosurgery intensive care unit.”

Although Peres is stable, he will remain sedated and on a respirator in order to prevent his condition from deteriorating.

“We will continue to sedate him in order to ease his breathing and prevent him from getting upset about things that are happening around him, that could raise his blood pressure more than it is neurologically necessary,” explained Walden. “The very mild anesthesia allows him to rest completely and provides optimal conditions for his brain to recover.”

Peres’s son-in-law also took the opportunity to express gratitude not only to Sheba Medical Center, but to all those who have sent warm wishes and have prayed for a speedy recovery.

“As his family’s representative and a member of the staff at Sheba Medical Center, we are extremely grateful for the excellent treatment he is receiving, along with the tremendous waves of love that are being sent to us from around the country and around the world,” said Walden.

“The positive attention and well wishes that we are receiving help to strengthen the family in these difficult times and show that we are not alone.”

The name of the former president for those who wish to include it in prayers is Shimon ben Sara. 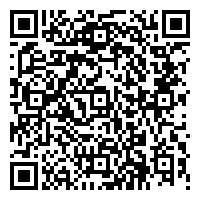