JERUSALEM – Prime Minister Benyamin Netanyahu and his wife Sara hosted last night (Jun. 1) the fifth session of the Shmuel Ben-Artzi Tanach, (Bible) Study Circle at their official residence in Jerusalem. The Tanach Study Circle is named after the Prime Minister’s late father-in-law, who passed away last November, and was a Tanach teacher and researcher.

The Tanach Study Circle, held in cooperation with the Menachem Begin Heritage Center, was reinstated two years ago, renewing a tradition started by Israel’s first Prime Minister, David Ben-Gurion, and which was continued by its sixth, Menachem Begin. This evening’s meeting focused on the Book of Ruth, which will be read on Shavuot later this week.

“I have always thought and believed that the Tanach is the foundation of our existence here. Otherwise we would be somewhere else or nowhere at all. The influence of the written words has not lessened over the generations; on the contrary, their strength has only increased. Therefore, I think that we need – here in the Prime Minister’s Residence – to focus on the Tanach every few months.”

At the start of the first lesson of the renewed Tanach Study Circle, Prime Minister Netanyahu said,

“Ben-Gurion and Begin believed that the Tanach should be the heritage of the entire nation – secular and religious, young and old, men and women. The Tanach is the foundation of our existence. It unites the Jewish People, as it has throughout the generations. It also serves not only as a foundation but also as a map and compass. The Tanach is always relevant vis-à-vis today’s problems and challenges. It inspires, it is a source of life for our people and I think that it is important to expand Tanach study and love of the Tanach among all parts of the nation. This is also the goal of this circle. I am certain that thanks to the researchers, rabbis and learned men and women here, who know and love the Tanach, we will enrich our common knowledge.” 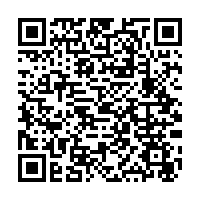