Several Israeli police officers, at various levels of command, were dismissed from their positions Monday following officers’ mishandling of an SOS call made by one of the abducted boys a short while after they were kidnapped. Shortly after entering the car, one boy called the police 100 emergency hotline and whispered “I’ve been kidnapped, I’ve been kidnapped.”

However, the young policeman who answered the call passed the information to a veteran officer, who decided to disregard it. As a result, valuable time was lost, and it was not until several hours later that the IDF was notified of the abduction.

Following the abduction, Police Chief Yochanan Danino  established a commission of inquiry  was established by the, headed by police Brigadier General Moshe Barkat, to look at the police’s handling of the early stages of the kidnapping, with an emphasis on the critical phone call. Today, the committee presented its findings and recommendations to the commissioner, including harsh criticism of on-duty officers at the police emergency hotline on the night of June 12. In addition, police at all levels of command were found to have conducted themselves unprofessionally. Subsequently the Committee’s findings include personal conclusions and systemic conclusions, regarding the conduct of the police.

The chairman of the review committee notified the families of the abducted boys on the findings of the report. After reviewing the report, Commissioner Danino said he would adopt the report’s major recommendations, and would even take harsher steps in some instances than the measures recommended by the commission.

“This is a very serious failure, relating to incorrect handling of a distress call from a man who turned to the police hotline. Failures like this simply cannot happen,” Danino said. 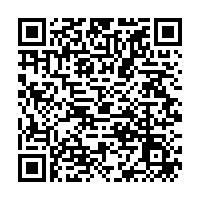