Poland’s attorney general has asked the country’s Constitutional Court to investigate the constitutionality of ritual slaughter.

Andrzej Seremet said that he believes the minister of agriculture, who allowed an exemption to Polish law to accommodate ritual slaughter, violated the constitution.

Under Polish law, animals must be stunned before slaughter; the only exception is ritual slaughter. Islamic and Jewish law require that animals be conscious at the time of slaughter.

The Polish Ministry of Agriculture authorized the use of ritual slaughter several years ago, but animal rights activists say that a Polish animal protection law does not allow it. Earlier this month, activists who have been protesting ritual slaughter for the last several weeks asked the country’s prosecutor to investigate whether the ministry is violating the law by allowing ritual slaughter.

Animal rights activists believe that allowing ritual slaughter in Poland is illegal because it is not regulated by government act but by the authorization of the minister of agriculture.

The chief rabbi of Poland, Rabbi Michael Schudrich, told JTA that he has trust in the Polish legal system.

“We are convinced that the Constitutional Court shall consider the matter also in the context of the freedom of religion, particularly the right to maintain customs and traditions of national minorities,” Schudrich said. “As a rabbi I must say that shechitah – Jewish ritual slaughter – is executed with the greatest care about the animals.”

Earlier this month, the Dutch government signed a deal with Jewish and Muslim leaders to allow ritual slaughter. A bill that had passed the Dutch parliament’s House would have forbidden it. 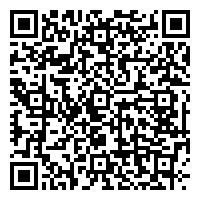