Jonathan Pollard was transferred from a federal hospital to his prison cell.

Pollard, who reportedly was rushed to a hospital outside of the prison on the eve of Passover suffering from an unspecified emergency condition, was returned to Butner Federal Correctional Complex in North Carolina on Sunday, according to the Justice for Jonathan Pollard organization.


Pollard was permitted to make a short call to his wife, Esther, who reported that he sounded weak and it seemed hard for him to speak, according to the organization.

Esther Pollard told her husband that Israeli President Shimon Peres had appealed personally to President Obama to grant clemency to the convicted spy for Israel. Peres has not received an official reply to his letter, according to his office.

Pollard asked his wife to thank Peres and urge him not to back down.

Pollard has suffered from a variety of illnesses since being imprisoned for life in 1986.

“He has been returned to his unit in the prison, where he is compelled to work no matter how weak or sick he may feel,” Esther Pollard said in a statement. “He is not receiving much-needed follow-up medical care. It is only a matter of time until the next medical crisis occurs.”

She added, “I fear for his life if he remains in prison.” 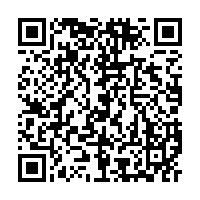