Jewish leaders in Hebron have called for international intervention to help the Palestinian man sentenced to death for selling a home near the Cave of the Patriarchs to Jews.

Shahala reportedly was sentenced to death for his part in selling what has become known as the Machpela House to a group of Jews. He reportedly confessed to the sale after torture and was subject to a rushed trial. Palestinian officials said Shahala was not authorized to sell the home.


The death warrant still must be signed by Palestinian Authority President Mahmoud Abbas, according to reports.

A letter on behalf of Muhammad Abu Shahala, a former intelligence agent for the Palestinian Authority was signed by Hebron Jewish community leaders David Wilder and  Noam Arnon, and addressed to, among others, the secretary-general of the United Nations, Ban Ki-moon; U.S. Secretary of State Hillary Clinton; the president of the European Council of the European Union, Herman Van Rompuy; and the director general of the International Red Cross, Yves Daccord, among others.

“It is appalling to think that property sales should be defined as a ‘capital crime’ punishable by death,” the Jewish leaders write in their letter. ” The very fact that such a ‘law’ exists within the framework of the PA legal system points to a barbaric and perverse type of justice, reminiscent of practices implemented during the dark ages.

“What would be the reaction to a law in the United States, England, France, or Switzerland, forbidding property sales to Jews? Actually, less than one hundred years ago, such acts were legislated and practiced, known as the infamous ‘Nuremberg laws.”

At least seven Jewish families were evicted from the house earlier this month, a week after they entered the home in the middle of the night on March 28 armed with documents saying they had purchased the building from its Arab owner. 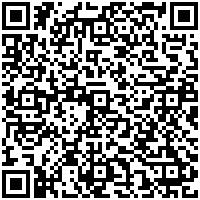