The increasingly tense northern border with Lebanon has prompted the IDF to order civilian aircraft to avoid using the Haifa air strip.

“Security needs relating to the air space in the area have been addressed,” reads a terse military statement.


Israel has conducted several mock raids and surveillance flights in Lebanon the past week, and Lebanese sources said that the Air Force bombed a Hizbullah spy communications tower earlier this week.

The IDF also has deployed an Iron Dome anti-missile battery in northern Israel amid concerns of a spillover of the Syrian civil war into Israel or an outright attack by a desperate Syrian President Bashar Assad or Hizbullah.

Israel staged a bombing raid along the Syrian-Lebanese border last week, targeting a truck convoy of advanced Russian-made SA-17 anti-aircraft missiles that were being sent from Syria to Hizbullah in Lebanon.

Syria and its ally Iran have threatened to retaliate. 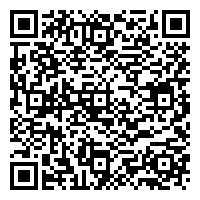