One of the proudest moments of Ed Koch’s life came during a trip to Israel in 1990, in the midst of the first Palestinian intifada.

Koch had recently left City Hall after 12 years as mayor of New York City and was touring Jerusalem when a Palestinian threw a rock at his group, striking Koch in the head. The ex-mayor was bleeding a bit but wasn’t really hurt, and he mopped up the wound with his handkerchief.


The incident would become one of Koch’s favorite stories, the moment, he would say, when “I shed a little blood for the people of Israel.”

It was reflective of the pugnacity of the man who served three terms as mayor of New York, spent nine years in Congress, earned two battle stars as an infantryman in Europe during World War II, wrote seventeen books, and spent the last two decades of his life as a lawyer, talk show host, professor and even restaurant critic – working almost to his last day.

On the stage for Koch’s memorial service, an honor guard manned by representatives of all of the city’s uniformed services surrounded the simple pine coffin. Rabbi David Posner began his words with a parable from the biblical figure Job: “All I did was just and honest, for righteousness was my clothing.” Koch’s three nephews, speaking as a triumvirate, recalled their loving uncle, the teacher of intellectual and political challenge, praising his familial warmth.

Former president Bill Clinton took to the podium carrying a file of letters Koch had sent him during his presidency.

“Not just New York owes him a lot…. until the end of life, he was concerned with the disaffiliated,” Clinton said.

The consul general of Israel in New York, Ido Aharoni, brought “heartfelt condolences” on behalf of “the entire people of Israel, on behalf of a nation that felt Edward Koch was one of us.”

He conveyed gratitude for Koch’s “longstanding support and unconditional love,” calling Koch a “clear voice for Israel [who] let us down never.”

Mayor Michael Bloomberg told mourners that “No mayor, I think, has ever embodied the spirit of New York City like he did. Tough and loud, brash and irreverent, full of humor and chutzpah, he was our city’s quintessential mayor.”

In an interview with The Jewish Press, Abe Biderman, a special adviser to the mayor and commissioner of both the departments of Finance and Housing during the Koch mayoralty, recalled the former mayor as a “master at decision making” while deliberating on public issues while always maintaining his “Mr. Common Man” approach in his public persona.

Biderman, an investment banker and Orthodox Jewish community activist, spoke glowingly of Koch’s “great pride in his Jewish heritage, as signified by his self-written inscription on his tombstone. He [Koch] never hid his Jewishness.”

Biderman expressed his “joy for the thirty-year interaction” he had with Koch.

The inscription on the memorial stone at Koch’s burial plot, which he bought in 2008, reads: “My father is Jewish. My mother is Jewish. I am Jewish.” Those were the last words of Jewish Wall Street Journal bureau chief Daniel Pearl before he was killed by Al Qaeda in Pakistan on Feb. 1, 2002 – eleven years, to the day, before Koch’s death. Also on the stone are the words of the Shema prayer.

Edward Irving Koch was born in the Bronx on Dec. 12, 1924 to Jewish immigrants from Poland. The family moved to Newark, N.J., when Koch was 9, after his father’s fur shop closed during the Depression, but returned to New York in 1941 when business picked up again. After high school, Koch enrolled at City College and worked as a shoe salesman, but his studies were interrupted when he was drafted into the army in 1943.

He served in the infantry and after the war spent time in Bavaria helping replace Nazis who occupied public posts with non-Nazis. He was discharged in 1946 and went to law school at New York University. 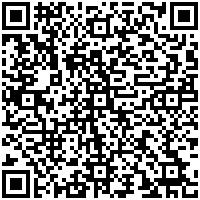