“Fatah couldn’t stop me, Hamas couldn’t stop me, not even Facebook will stop me from continuing my work,” is what Arab Israeli journalist Khaled abu Toameh told The Jewish Press Tuesday morning, January 15, in a lengthy interview about Facebook’s bizarre treatment of his Facebook page.

In the space of less than 24 hours, abu Toameh’s page was shut down, parts of it were scrubbed, and then it was back, without a word of explanation.  For everyone who breathed a sigh of relief that this journalist hasn’t been censored, who hoped it had just been a glitch – the truth is that something very wrong has happened.  Several articles dealing with corruption in the Palestinian Authority and in the Jordanian intelligence were scrubbed from abu Toameh’s page while his page was hidden from the public.


So, to whom did this happen, what does it mean, and who is behind it?  The Jewish press can answer the first question, speculate about the second question, and share alarm about the third.  Facebook isn’t talking.

Abu Toameh is an Arab Israeli journalist who has written about the Middle East for more than two decades.  He is one of the very few journalists – all of whom may be counted perhaps on the digits of a single finger, and that may be too generous – who cover the Middle East with knowledge, access, integrity and, most of all, fearlessness.

After receiving his degree from Hebrew University, abu Toameh began his journalism career working for several PLO papers.  He soon quit those papers, however, because of the strict leash on what could be written about, and how it could be written.

Seeking unfettered press freedom, abu Toameh began writing for the Jerusalem Post, covering the Arab Palestinians and the disputed territories.   He has also worked as a producer for NBC News, and has produced documentaries for the BBC, as well as Danish, Swedish and Australian media.  He also writes for the Gatestone Institute.

You posted an item that violated our Terms of Use, and this item has been removed. Among other things, content that is hateful, threatening, or obscene is not allowed, nor is content that attacks an individual or group. Continued misuse of Facebook’s features could result in your account being disabled.

If you have any questions or concerns, please visit our Help Center.

Where to begin to explain how Facebook shutting down abu Toameh is an affront to truth, is hypocritical and constitutes a loss to freedom of information which is precisely what Facebook is supposed to be about?

But first, what led to the censorship by Facebook.

These are only some of the inconvenient truths that the Palestinian Authority does not want the outside world to know. Palestinian journalists often avoid reporting about such issues out of concern for their safety or for “ideological” reasons. These journalists have been taught that it is forbidden to hang out the dirty laundry.

Western journalists, funders and decision-makers who deal with the Israeli-Palestinian conflict need to know that there are many truths being completely ignored or hidden from their eyes and ears.

After posting the article, abu Toameh said, he “received dozens of threats and hate emails, mostly from the U.S., Canada and the U.K., not one from the Palestinian Authority.”  A nasty campaign began of labeling the journalist “Israel’s Palestinian Propagandist,” he received emails telling him his “day will come,” and others claiming he is an “Apartheid supporter.”  That last charge is particularly ironic given that abu Toameh lives in a Jewish neighborhood in Jerusalem.

Articles were written emblazoned with his picture and a Star of David drawn on his forehead, which, he said, “meant I was being ‘targeted.'”  Ironically, because the threats were posted there several times, abu Toameh reported the threats to Facebook. There was no response to his reports. 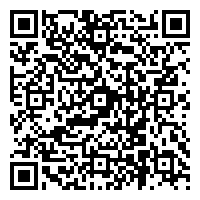