Russia is ready to replace peacekeepers from Austria in the Golan Heights, President Vladimir Putin said.

Putin’s statement on Thursday, Reuters reported, was in reaction to an announcement by the Austrian government, which said it would recall its troops from a U.N. monitoring force due to worsening fighting in Syria.


“Given the complicated situation in the Golan Heights, we could replace the leaving Austrian contingent in this region on the border between Israeli troops and the Syrian army,” Putin said at a televised meeting with Russian military officers.

“But this will happen, of course, only if the regional powers show interest, and if the U.N. secretary general asks us to do so,” he added.

Austria, whose peacekeepers account for about 380 of the 1,000-strong U.N. force observing a four-decade-old ceasefire between Syria and Israel, said it would pull out after intense clashes between Syrian government forces and rebels on the border.

Yuval Steinitz, Israel’s minister of intelligence, international relations and strategic affairs, said in a statement Thursday the Austrian move was “regrettable” and “teaches a clear and simple lesson: Even under a peace agreement, Israel cannot rely for its security on international forces to replace Israel Defense Forces.”

Russia, a longtime ally and arms supplier to Syrian President Bashar al-Assad, is trying along with Western powers to bring the warring sides in Syria together for talks on a solution to the more than two-year-old conflict.

The U.N. Security Council will meet on Friday to discuss the Austrian withdrawal after anti-Assad rebels briefly seized the crossing between Israel and Syria, sending U.N. staff scurrying to bunkers before Syrian soldiers managed to push them back. 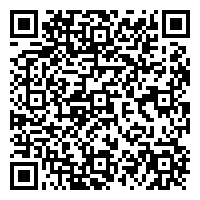