Home News & Views News Briefs Quick Takes: News From Israel You May Have Missed
Share on Facebook
Tweet on Twitter
The U.S. and international media are rife with misleading stories of club-wielding Israeli police evicting Palestinians from a housing complex in Jerusalem, failing to provide proper background information while painting an artificial picture of Jewish expansionist activity.
A BBC article entitled, “Palestinians evicted from Jerusalem,” tells of Israeli police who evicted nine Palestinian families living in two houses in “occupied East Jerusalem.” An AFP report begins with a scene of intimidating Israeli riot police removing peaceful Arabs from their apartments. Reuters reported that Israeli police “evicted two Palestinian families” in “Arab East Jerusalem.”
Scores of other news outlets featured similar stories. Most of the articles focused almost exclusively on international condemnation of Israel’s actions. They did not provide much background on the reason for the evictions; a single sentence in each article simply stated that an Israeli court ordered the Arabs’ removal.
Most of the pieces also did not cite the court’s justification of its ruling. Reuters was an exception in this regard, but erroneously claimed that the decision was solely based on “19th century documents.”
The housing complex in question is located in the Sheik Jarra neighborhood of eastern Jerusalem. The home was originally Jewish, but its Jewish occupants were chased out during countrywide anti-Jewish Arab riots in 1929. Arabs then squatted on the property, and the Hejazi family eventually became its de facto owner despite never having purchased the property.
Despite this history – which is documented – Jewish groups say they recently repurchased the property from the Hejazi family. Following pressure from the Palestinian Authority, however, the family later denied selling the complex back to the Jews despite documentary evidence of the sale.
Israel’s court system has twice ruled that the property undoubtedly belongs to Jews.

Another misleading feature in many of the articles about the evictions is the constant use of the term “occupied Jerusalem.” According to the United Nations, eastern sections of Jerusalem are not “occupied” but “disputed.”

In a statement to this column, Prime Minister Benjamin Netanyahu’s office objected to the U.S.’s condemnation of Israel’s government for enforcing property law in Jerusalem by evicting Arabs from a Jewish housing complex they had been illegally occupying for almost a century.
“The eviction in Jerusalem was a result of a ruling by our Supreme Court that had to decide in a dispute between two parties over the legal control of a property,” said Netanyahu’s spokesman, Mark Regev.
“The Supreme Court ruled for one side and not the other. In all democracies the rulings of the courts must be upheld, and it is incumbent on the executive branch to implement such decisions.”

Regev said the Israeli Supreme Court “is renowned internationally for both its independence and its professionalism. There are countless examples of the Supreme Court ruling in favor of the Palestinians in land disputes.”

About a thousand Jewish protesters marked Tisha B’Av last week by reading the book of Lamentations in front of the U.S. consulate in Jerusalem, protesting Obama’s demand to freeze Jewish construction in eastern sections of the city.
“The Obama administration is following in the footsteps of Rome. He is trying to do what the Romans did, passing anti-Jewish decrees at the time of the destruction of the Temple,” Nadia Matar, the protest organizer, told this column.

Knesset Member Aryeh Eldad, who addressed the crowd at the protest, exclaimed, “If Obama is ready to sacrifice Israel for his interests in the Muslim world, we are here to tell him this is against our interests. We will not commit suicide to please Obama.”

Elite Force Not So Elite

They are billed as the most professional Palestinian police force ever assembled. They received advanced U.S. training and were deployed last year amid much fanfare and claims they would fight crime and terrorism. They are upheld as the force capable of assuming law and order in place of the Israeli army after the creation of a Palestinian state.
But this week they couldn’t even secure a few stages at a music festival – marking the latest in a series of largely unreported, massive failures of the new elite police unit of Palestinian Authority President Mahmoud Abbas’s Fatah organization.
Earlier this week, the Palestinians attempted to hold a music festival in the center of Nablus set to include rap, rock and pop shows. The festival, however, was strongly criticized by a group of Fatah militants who openly oppose calls by the PA to engage in a period of calm with Israel. The militants threatened to stop the festival, which was being protected by Dayton’s forces. Halfway into the festival, the militants burned down the stages, bringing the event to a screeching halt.

The force’s officers have repeatedly been praised by Gen. Keith Dayton, the U.S. security coordinator to the Palestinian territories, as capable of assuming full security control of the strategic West Bank. 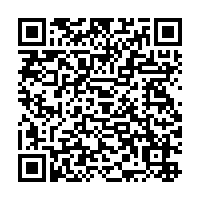