WASHINGTON – The White House is facing mounting criticism over its decision to give a prestigious award to the former United Nations official who presided over the infamous 2001 Durban conference and has a history of criticism of Israel.

The Anti-Defamation League, the Zionist Organization of America and AIPAC were the latest to slam the pick of Mary Robinson, the former UN high commissioner for human rights, as one of 16 recipients of the Presidential Medal of Freedom – the highest civilian honor in the United States.

On Tuesday, AIPAC added to a spate of initial criticism from conservative pro-Israel blogs soon after Robinson’s name was announced July 30. A day earlier the ADL and ZOA had come out with statements opposing the choice.

“AIPAC respectfully calls on the administration to firmly, fully and publicly repudiate her views on Israel and her long public record of hostility and one-sided bias against the Jewish state,” the pro-Israel lobby said in a relatively rare public statement.

The ADL in a statement called the pick “ill advised” and said Robinson was “undeserving of the honor” because of her “animus towards Israel.”

The ZOA in attacking the selection called Robinson “viciously critical” toward the Jewish state.

Even before the two statements, the White House was defending the pick.

“Mary Robinson has dedicated her career to human rights and working to improve an imperfect world,” White House spokesman Tommy Vietor said the day after the selection. “As with any public figure, we don’t necessarily agree with every statement she has ever made, but it’s clear that she has been an agent of change and a fighter for good.”

Robinson – an honorary president of Oxfam International, chair of the Board of Global Alliance for Vaccines and Immunizations, and president of a New York-based initiative to put human rights concerns at the center of globalization – called the criticism “totally without foundation” and pointed a finger at Jewish critics.

“There’s a lot of bullying by certain elements of the Jewish community,” Robinson, the former president of Ireland, said Sunday in an interview with RTE Radio One that was reported in Irish newspapers. “They bully people who try to address the severe situation in Gaza and the West Bank. Archbishop Desmond Tutu gets the same criticism.”

Tutu, an anti-apartheid activist whom the ZOA also called a “virulent critic” of the Jewish state, also is among the medal recipients.

The Robinson award comes as the Obama administration is already facing increasing criticism from several Jewish groups over a Middle East strategy that they see as placing disproportionate pressure on Israel compared to the Palestinians and Arab states. The president reportedly plans to embark on a campaign of media interviews with reporters from Israel and Arab countries in order to better explain the policy.

The growing controversy over Robinson could potentially complicate such efforts to win over the Israeli public, since the former UN human rights chief is slated to visit the region just a couple weeks after the Aug. 12 White House medal ceremony.

Robinson is expected to join Tutu and former president Jimmy Carter, a longtime Israel critic, on a mission to Israel, the West Bank and Gaza as part of an international group of statesman and dignitaries that calls itself The Elders.

Any anti-Israel rebuke from Robinson or the group is likely to prompt a new round of criticism and questions about Obama’s decision to honor her.

Tevi Troy, a Jewish liaison and domestic policy adviser in the George W. Bush administration, said he was surprised that such a controversial honoree could pass what should be an extensive vetting process in the White House.

Any major award, said Troy, would have to “get clearance” from senior staff, which in this case would likely include top adviser David Axelrod and chief of staff Rahm Emanuel.

One Obama supporter suggested that the controversy was a distraction from more important matters.

“With a major battle to ensure every American has access to health care, delicate negotiations to further the peace process in the Middle East and the battle to deny Iran a nuclear capacity, don’t we as a community have more critical issues to focus on?” said Ira Forman, the CEO of the National Jewish Democratic Council.

The primary criticism of Robinson, the first female president of Ireland, comes over her 1997-2002 tenure as UN high commissioner of human rights, during which she was the convener of a UN conference ostensibly against racism that was filled with anti-Israel and anti-Semitic hostility.

“She allowed the process to be hijacked to promote the delegitimizing of Israel and pronouncements of hateful anti-Jewish canards, such as ‘Zionism is racism,’ ” said ADL National Director Abraham Foxman.

In an article detailing the reasons for the failure of the conference, the late Rep. Tom Lantos (D-Calif.) wrote in 2002 that “much of the responsibility for the debacle rests on the shoulders” of Robinson, who “in her role as secretary general of the conference failed to provide the leadership needed to keep the conference on track.”

In discussions during the conference, Lantos wrote in the Fletcher Forum on World Affairs, Robinson “refused to reject the twisted notion that the wrong done to the Jews in the Holocaust was equivalent to the pain suffered by the Palestinians in the Middle East. Instead, she discussed ‘the historical wounds of anti-Semitism and of the Holocaust on the one hand and … the accumulated wounds of displacement and military occupation on the other.’ “

Supporters of the Robinson selection have pointed to an article from The Jerusalem Post to argue that Robinson did make efforts to fight anti-Semitism at the conference. The article reports that “waving a book of anti-Semitic cartoons distributed at the anti-racism conference in Durban, UN High Commissioner Mary Robinson – in a dramatic act of identification with the Jews vilified in the pamphlet – declared ‘I am a Jew’ at an NGO dinner there Wednesday night.”

And one official at a Jewish organization who did not wish to be identified noted that much of the most offensive language eventually was scrubbed from the final document of the 2001 conference, although the fact that the Palestinian issue was ultimately singled out was still a major problem because it marked Israel’s treatment of the Palestinians as an issue of race.

But Robinson’s actions were still too little, too late, said the Jewish organizational official.

Foxman also argued that Robinson unfairly blamed Israel for the outbreak of Palestinian violence that started the Second Intifada, and said her targeting of Israel resumed last year.

In an interview after a visit with The Elders to Israel and Gaza last November, she said, “I cannot believe that Israeli ordinary people understand what is being done in their name; they couldn’t possibly support it if they did.”

And after Israel’s invasion of Gaza, she said the Jewish state contravened “international legal norms relating in particular to proportionality and collective punishment,” while also calling on Hamas to stop firing missiles into Israel.

“She is not an agent of change,” said Foxman, referring to the White House’s defense of Robinson.

Among the 16 honorees is the late Jack Kemp, a former Republican congressman, Cabinet member and vice presidential candidate who was one of the GOP’s leading pro-Israel voices.
(JTA)
Advertisement 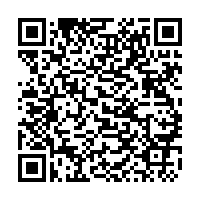