Stepping up its power struggle with Fatah, Hamas launched attacks against U.S.-backed installations of Fatah security forces on Tuesday, taking a number of Fatah security buildings in Gaza and laying siege to others.

According to Palestinian security officials, Hamas now controls most installations of Fatah forces in the northern Gaza Strip city of Khan Yunis and about 50 percent of Fatah’s central Gaza infrastructure.

Over the past year the U.S. has given large quantities of weapons to bolster Fatah in clashes against Hamas. Abbas in recent days petitioned Israel to allow more weapons and munitions – including assault rifles provided by the U.S. – to reach his fighters in the Gaza Strip, according to diplomatic sources. Most of these weapons are intended for Fatah’s Force 17 security detail. But many members of Force 17 make no secret of their participation in the Al Aksa Martyrs Brigades terror group, Fatah’s declared military wing, which took responsibility for every suicide bombing in Israel over the past two years. (Israel regularly arrests Force 17 members accused of carrying out shooting attacks against Israelis.)

Abu Abdullah, considered one of the most important operational members of Hamas’s so-called military wing, told this column that if the U.S, provides more weapons to Fatah in Gaza, there will be no one to receive them.

“All the senior Fatah defense officials are either in hiding or they fled,” he claimed.

The Israeli army thwarted an attempt on Saturday by the Iranian-backed Islamic Jihad to kidnap a soldier on the Israeli side of a major crossing into the Gaza Strip. Islamic Jihad claimed responsibility for the attack.

This attempted kidnapping took place just before the one-year anniversary of the kidnapping by Hamas and two other groups of Israeli soldier Gilad Shalit, who has been held in Gaza.

Palestinian security officials associated with Fatah told WorldNetDaily that the Islamic Jihad kidnap attempt was “completely orchestrated” by Syria and Iran. They said the operation was directly ordered by Ramadan Shallah, the overall chief of Islamic Jihad, who resides in Syria and travels frequently to Iran.

before, during and after Saturday’s kidnapping attempt.

One official said a successful border raid and kidnapping was seen by Syria and Iran as a way to draw Israel into a larger conflict in Gaza and draw attention away from its northern border with Syria.

The office of Prime Minister Ehud Olmert this week confirmed reports that the Israeli leader is exploring handing the strategic Golan Heights to Damascus. Meanwhile, Syria, aided by Iran, has deployed a strengthened army along Israel’s northern border and has the capabilities to launch a war, according to senior Israeli security officials.

The officials say a Syrian army is deployed along the Syrian side of the Golan Heights after stepped-up training exercises during the past few weeks. The officials noted the open movement of Syrian Scud missiles near the border and said Syria recently increased production of rockets and acquired missiles capable of hitting central Israeli population centers.

The Syrian army has improved its fortifications, according to the Israeli security officials, and has received modern, Russian-made anti-tank missiles similar to the ones that devastated Israeli tanks during the last Lebanon war. Syria has also received advanced anti-aircraft missiles from Russia.

The officials also noted that Syria has increased the shipment of weapons, including rockets, to the Lebanese Hizbullah militia.

Rabbis: Say ‘No’ to Peres

The Rabbinical Congress for Peace, a coalition of more than 350 Israeli rabbinic leaders and pulpit rabbis, has urged Knesset members not to elect former prime minister Shimon Peres as president, calling Peres an “existential threat” to the Jewish state.

“Electing Peres will be upholding the policies he has been promoting, like withdrawals from Judea and Samaria (West Bank), Jerusalem and the Temple Mount. Peres is a major existential danger to the state of Israel,” read a statement by the group.

“We witnessed the destruction and terror brought to our doorsteps from the evacuations Peres previously urged, including Israel’s disastrous retreat from Gaza and Lebanon and Peres’s brainchild, the Oslo accords,” said the statement.

Peres was considered the driving force of the 1993 Oslo Accords, which invited Arafat to rule the Palestinians and take over territory within rocket range of Israel’s major population centers.

The Peres Peace Center, headed by the former prime minister, advocates the division of Jerusalem as well as Israeli withdrawals from the strategic West Bank and Golan Heights. 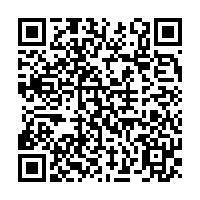