The death in August 2001 of Hillel Kook, better known as Peter Bergson during his rescue efforts on behalf of European Jewry in the 1940’s, received a fair amount of notice in American newspapers with sizeable Jewish readerships.

Most of the obituaries, however, downplayed or ignored the sheer extent of Jewish apathy and opposition to Bergson’s work – a subject addressed with passion and eloquence by historian Rafael Medoff last week and this week in The Jewish Press.


Glossed over in the coverage of Kook’s passing was the confluence of factors that precluded a more vigorous response from American Jewry to events in Europe, particularly the petty jealousies of Jewish leaders like Reform rabbi Stephen Wise – whose thin knowledge of Judaism led one of his contemporaries to observe that “as a theologian, Wise is the blank page between the Old and New Testament” – and the reverence felt by American Jews for Franklin Roosevelt, whom Wise had the habit of referring to as “Boss.”

It’s not easy to convey the near-surrealistic mood of the American Jewish community in those years, but both Medoff, in The Deafening Silence: American Jewish Leaders and the Holocaust (1986), and Rabbi Haskel Lookstein, in Were We Our Brothers’ Keepers? (1985), did a fine job of it in their compelling books.

Lookstein was especially strong on Orthodox indifference. Among the astonishing things we learn from him is that “The Orthodox Union, published monthly by the Union of Orthodox Jewish Congregations of America, had no reference whatsoever to the plight of German Jewry in the three issues following Kristallnacht.”

Subjects the Orthodox Union did manage to find space for in those three issues included the opening of a yeshiva in Cape Town; the Temple of Religion exhibit at the 1939 World’s Fair; and an appeal to synagogues to join in the celebration, at a special World’s Fair dinner, of the 150th anniversary of George Washington’s inauguration.

As Lookstein dryly noted, “For some reason – perhaps the assumption that readers would get the important news elsewhere – there was no room in the Orthodox Union for reflection on the mortal threat to German Jewry.”

(The Orthodox Union’s apathetic attitude continued to manifest itself deep into the war years. In 1943, Lookstein pointed out, most of the magazine’s “gaily covered Purim issue was devoted to parochial subjects like activating the synagogue, revitalizing Orthodoxy, conducting a junior Sabbath service and the problem of Jewish youth.”)

Besides the indifference, there was, of course, the looming figure of Roosevelt.

“Jewish people are not supposed to worship graven images, but my mother used to kiss this little bust of Franklin Roosevelt that was on top of the big old radio,” the theatrical producer Arthur Cohen reminisced to Harvey and Myrna Frommer in their oral history Growing Up Jewish In America. “The women especially were nuts about him.”

In the acclaimed 1994 documentary “America and the Holocaust: Deceit and Indifference,” the late Conservative rabbi Arthur Hertzberg told the story of the sermon his father, a rabbi in Baltimore, gave on Yom Kippur 1940.

“He got up in the synagogue,” Hertzberg recalled, “and he said, ‘Our brothers are being killed in Europe by the Nazis. If we had any Jewish dignity, we would, at the end of this fast, get into our cars and go from Baltimore to Washington. We would picket the White House and we would demand of the president that he use his influence on the Nazis, as the great neutral power, to stop the killings….’

“That night, within an hour after the end of the fast, my father got a note from the board of this little synagogue firing him for his disrespect for the president.”

The veneration of Roosevelt seemingly knew no bounds, as can be glimpsed in this appalling, but not at all atypical, statement from one of the Jewish leaders of that era:

“The greatest friend we have, who lights up the darkness of the world, is our president, Franklin D. Roosevelt. His words are like balm for the broken Jewish hearts…. Traditional Jewry will engrave, with the blood of our holy martyrs, the names of our president and his people in the annals of Jewish history for generations to come,” said Rabbi J. Konvitz, president of the Agudat Harabanim.

Such was the cult of FDR, at whose altar American Jews of every denominational stripe and level of religious observance happily prostrated themselves while men like Peter Bergson worked night and day to, in the words of the title of a Bergson biography, “shake heaven and earth.” 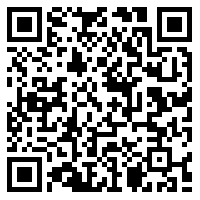