Home News & Views News Briefs Quick Takes: News You May Have Missed
Share on Facebook
Tweet on Twitter
A U.S. plan envisions stationing international troops along Israel’s border with a future Palestinian state, this column has learned.
Palestinian Authority officials privy to the plan say the Obama administration proposed deploying NATO soldiers along the Palestinian side of a future border with Israel as well as along the borders of Jordan and any future Palestinian state.
Israeli government sources confirmed such a plan has been proposed. The sources said the concept is not exclusive to the Obama administration. Both Presidents Clinton and Bush raised the idea of stationing international troops along the borders of a future Palestinian state.
International troops and monitors do not boast a positive track record in fulfilling their protective duties on behalf of Israel. Monitors previously stationed along the Gaza-Egypt border fled their duties multiple times amid Hamas threats and attacks. Those monitors were deployed to report any instances of weapons smuggling or terrorist infiltration along the border.
And, despite a UNIFIL force of about 15,000 soldiers deployed in South Lebanon following the Second Lebanon War in 2006 – with the specific objective of ensuring a truce between Israel and Hizbullah as well as stopping Hizbullah from rearming – Hizbullah has reportedly managed to acquire rockets and sophisticated weaponry from Syria and Iran. The group is said to have enough projectiles to blanket Israeli population centers with rockets for a prolonged period of time.
Israeli security officials said the Israeli army routinely passes aerial photographs and video images of Hizbullah weapons smuggling routes to UNIFIL commanders, but with few exception the international forces have not taken action.

The security officials are concerned the UNIFIL forces could get in the way and impede any future Israeli defensive action needed against Hezbollah.

A George Soros-funded, Marxist-founded organization calling itself Free Press has published a study advocating the development of a “world class” government-run media system in the U.S.
“The need has never been greater for a world-class public media system in America,” begins a 48-page document, “New Public Media: A Plan for Action,” by the far-left Free Press organization.
The Free Press study urges the creation of a trust fund – largely supported by new fees and taxes on advertising and the private media – to jumpstart the founding of a massive government-run public media system that will ultimately become self-sufficient.
Meanwhile, this reporter’s newly released book, The Manchurian President: Barack Obama’s Ties to Communists, Socialists and Other Anti-American Extremists, documents that Free Press has close ties to top Obama administration officials.
The book also documents that Robert W. McChesney, founder of the Free Press, is an avowed Marxist who has recommended capitalism be dismantled. “In the end, there is no real answer but to remove brick-by-brick the capitalist system itself, rebuilding the entire society on socialist principles,” wrote McChesney in a 2009 column.
The board of Free Press has included a slew of radicals, such as Obama’s former green jobs czar, Van Jones, who resigned after reports that he had founded a communist organization surfaced.
Obama’s Internet czar, Susan P. Crawford, spoke at a Free Press’s May 14, 2009, “Changing Media” summit in Washington, D.C. Crawford’s pet project, OneWebNow, lists Free Press as a “participating organization.”

Obama Official At Harvard
It was President Obama’s pick for the Supreme Court, Elena Kagan, who hired radical regulatory czar Cass Sunstein as a Harvard law professor, this column has learned.
Sunstein, like Kagan, has advocated far-ranging restrictions on free speech and expressed extreme views on other topics as well.
In February 2008, Kagan, as dean of Harvard Law School, announced the arrival at Harvard of Sunstein, then a longtime University of Chicago scholar. Kagan called Sunstein “the preeminent legal scholar of our time.”
This column previously reported that Sunstein drew up a “First Amendment New Deal” – a new “Fairness Doctrine” that would include the establishment of a panel of “nonpartisan experts” to ensure “diversity of view” on the airwaves.
This column also reported that in a recently released book, On Rumors, Sunstein argued that websites should be obliged to remove “false rumors” while libel laws should be altered to make it easier to sue for spreading such “rumors.”
In the 2009 book, Sunstein cited as a primary example of “absurd” and “hateful” remarks, reports by “right-wing websites” alleging an association between President Obama and former Weather Underground terrorist William Ayers. Sunstein also singled out radio talker Sean Hannity for “attacking” Obama regarding the president’s “alleged associations.”

Just yesterday, a video at Breitbart.comshowed Sunstein proposing that Congress hold hearings about mandates to ensure websites post links to a diversity of views on issues. 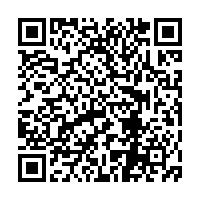