According to informed security officials, three Fatah militants were arrested this week in an Israeli raid on a restaurant in the town of Betunia, near the West Bank city of Ramallah, in suspicion of planning a suicide car bombing.
The Israeli security apparatus was acting on information that the three were preparing a suicide bombing using an explosive-laden car.
No further information on the raid or the planned attack was immediately available.
The incident follows a series of deadly clashes that rocked Israel’s borders two weeks ago.
At the time, this column broke the story that Fatah held a series of local meetings to discuss the possibility of launching a large-scale uprising, or intifada, targeting Israel, according to Fatah sources present at the meetings.
The Fatah meetings were focused on how to best capitalize on violent Arab riots that recently gripped Israel, including the storming of the Jewish state’s borders with Syria, Lebanon and the Gaza Strip.

The meetings also discussed how to best use the uprisings in the larger Arab world to launch a campaign that would target Israel.

Heckler Has Radical Past

Prime Minister Benjamin Netanyahu’s much-anticipated speech to a joint session of Congress was disrupted last week by a protester from an antiwar group tied to President Obama, this column has learned.
The heckler was identified as Rae Abileah, a 28-year-old Jewish-American activist who works as the national organizer for Code Pink. She coordinates Code Pink’s Middle East campaigns.
While Netanyahu was congratulating the U.S. for eliminating Osama bin Laden, Abileah stood up from the gallery and shouted: “Stop Israeli war crimes.”
This was not the first time Abileah heckled Netanyahu. Abileah was one of the five young Jewish leftists who interrupted Netanyahu’s speech at a meeting of the General Assembly of the Jewish Federations of North America in New Orleans in November 2010.
Code Pink, which has met with Hamas and leaders of the Taliban, is led by Jodie Evans, the group’s co-founder. Evans was a fundraiser and financial bundler for Obama’s presidential campaign.
In January, Evans and others provoked chaos in Egypt in an attempt to enter the Hamas-controlled Gaza Strip to join in solidarity with the territory’s population and leadership. Abileah was part of that delegation attempting to enter Gaza.
This column reported at the time that those protests were led by former Weather Underground terrorists William Ayers and Bernardine Dohrn – close Obama associates for years.

Also protesting in Egypt was Ali Abunimah, co-founder of the anti-Israel Electronic Intifada website. Obama spoke at pro-Palestinian events in the 1990s alongside Abunimah. At one such event, a 1999 fundraiser for Palestinian “refugees,” Abunimah recalls introducing Obama on stage.

While President Obama last week outlined an Israeli retreat as part of a deal with the Palestinian Authority, the U.S. in recent weeks has also been quietly leading talks aimed at an Israeli surrender of the strategic Golan Heights, this reporter has learned.
Dennis Ross, Obama’s Middle East envoy, has exchanged messages the past few weeks between Israel and the regime of Syrian President Bashar Assad, according to informed Israeli and Arab officials.
The Israeli officials said that in the course of the discussions, the U.S. concluded Syria is in possession of a chemical weapons arsenal. The officials said the weapons were taken into consideration by the U.S. in its assessment of Assad’s regime.
“It was part of the equation that led the White House to conclude that Assad should stay in power,” said one Israeli official.
Informed Arab officials, meanwhile, said Assad believes previous negotiations with Israel could form the basis of a future accord in which Israel would surrender the vast majority of the Golan Heights.

Both Israeli and Arab officials said the Obama administration believes it is in the U.S.’s interest for Assad to remain in power. The U.S. reasons that even though Assad is Iran’s partner and a sponsor of Hamas, the alternative to his regime would likely consist of Islamist radicals.

Media Matters for America, the liberal advocacy group funded by philanthropist George Soros, has stepped up its attacks on Fox News Channel, launching a website directly targeting the cable network’s advertisers.
The campaign immediately follows a series of online reports by Fox News detailing Soros’s extensive funding of news media organizations.
Two weeks ago, Foxnews.comreleased the first part of an investigative series detailing Soros’s funding to news media groups connected to major U.S. media outlets, including The New York Times, Washington Post, the Associated Press, NBC and ABC.
Last week, the second part of the series detailed Soros’s funding ties to the Columbia Journalism Review, which bills itself as “a watchdog and a friend of the press in all its forms.”
The information is part of an upcoming report by the Media Research Center’s Business & Media Institute, which has been focusing on Soros and his influence on the media.
The Fox News pieces focused in large part on a group called ProPublica, which first was exposed by this reporter in August 2009 for its connections to Soros.
One month earlier, the Associated Press announced it was allowing its subscribers to publish free-of-charge work by four nonprofit groups, the Center for Public Integrity, the Investigative Reporting Workshop at American University, the Center for Investigative Reporting and ProPublica.
The journalistic integrity of the Sandler-backed ProPublica, however, repeatedly has been called into question.
A report by the Capital Research Center concluded ProPublica “churns out little more than left-wing hit pieces about Sarah Palin and blames the U.S. government for giving out too little foreign aid.”
Controversial Harvard professor Henry Louis Gates Jr., a friend of President Obama who was embroiled in a national race scandal, sits on the board of ProPublica.
ProPublica was founded with a $10 million yearly grant from Herbert and Marion Sandler, the former chief executives of the Golden West Financial Corp.
The Sandlers are major donors to the Democratic Party and are top funders of ACORN, MoveOn.org, the American Civil Liberties Union and other far-leftist groups like Human Rights Watch.

Meanwhile, another of the nonprofits whose material was being distributed by the AP, the CPI, is funded by Soros’s Open Society Institute. 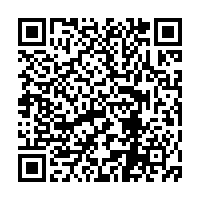