NEW YORK (JTA) — Four New York men, including a rabbi, were indicted for allegedly stealing more than $12.4 million in funding intended for children with disabilities.

Rabbi Samuel Hiller, 56, of Far Rockaway in the borough of Queens, was indicted on grand larceny and other charges, according to a news release issued Tuesday by Queens County District Attorney Richard Brown.


The other defendants were identified as Ira Kurman, 52, of Hewlett, the former executive director of the nonprofit center in Far Rockaway from which the New York state and city funding was taken; Daniel Laniado, 41, the owner of a kosher supermarket in Brooklyn; and Roy Hoffmann, 50, of Woodmere. If convicted, each of the defendants faces up to 25 years in prison.

The indictment charges that they diverted money intended for the Island Child Development Center, which serves Orthodox preschool children with disabilities, and used the stolen funds for personal expenses, home repairs and other business endeavors, as well as to benefit various Orthodox Jewish institutions in New York State.

Laniado allegedly cashed or had cashed more than $1 million in Island Child checks, many in the names of individuals or businesses that had not consented.

Kurman is accused of using stolen funds to lend more than $143,000 to members of the Orthodox community and receiving repayments in cash, goods and services, including catering for his daughter’s wedding and son’s bar mitzvah.

The alleged thefts were discovered after the state comptroller’s office notified Kurman, then Island Child’s executive director, that it planned to conduct a routine audit. The auditors who arrived for the meeting in July 2012 were informed that Kurman no longer worked there and had taken the books and records. 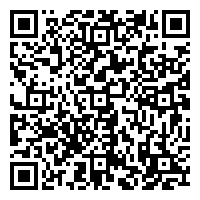