IDF commanders dispatched with legal niceties Wednesday and ordered the demolition of seven homes and a kindergarten in the Jewish community of Ma’aleh Rehava’am without waiting for the Supreme Court to rule on the matter.

An IDF legal adviser to the Civil Administration of Judea and Samaria informed Etzion Brigade Colonel Amit Yamin at midday he need not wait to confirm a Supreme Court restraining order against the demolitions in Gush Etzion.  Once Yamin gave the order, security forces moved fast and finished the demolitions before the Court had issued a restraining order.


Early Wednesday, David Perl, head of the Gush Etzion Residents’ Council said that the Court had ordered a stay against the demolitions early in the morning after residents had submitted evidence of having purchased the land on which their homes were built. Those documents formed the basis for the appeal that is currently pending.

A spokesperson for the Supreme Court denied the claim, however, when asked for clarification by the IDF.

As a result, the IDF commander was told by legal counsel not to wait for confirmation. Rather, he was told to simply go ahead and destroy seven private homes and a kindergarten at Ma’ale Rehavam, according to a reporter from the Tazpit news agency on site. The AFP news agency reported that an additional three uninhabited structures were also destroyed.

The IDF officer proceeded to order his troops to demolish the buildings, leaving seven families with children homeless. Hundreds of security forces are on site at the community, where 34 families have built their homes.

“The demolition of homes is an expression of weakness and frailty of our hold in Israel,” Perl said in a statement following the destruction. “But we are not deterred and will not be silent We will continue to build and expand Gush Etzion roots everywhere. We came to this country to build and be built. The time has come to announce to the world our sovereignty over this land.”

Two more Jewish communities, both in Samaria, are slated for similar actions by the government wrecking crews this week: Ramat Gilad near Shechem (Nablus) and in Givat Asaf in the Binyamin region. 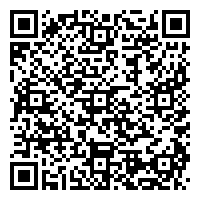