Israel’s Chief Rabbinate has agreed to lift restrictions on rabbis from the Tzohar organization conducting weddings.

Under the agreement inked Thursday, Tzohar rabbis who meet certain criteria will be able to marry couples. In return, Tzohar pledged to withdraw a lawsuit against the Rabbinate and try to stop legislation that would have taken away the Rabbinate’s hegemony over who conducts marriages (See “New Knesset ‘Tzohar Law’ to Curtail Chief Rabbinate’s Control on Weddings Passes First Reading“).

The criteria include taking a test in the Jewish laws of marriage, the approval of three head municipal rabbis and a certificate of ordination from the Rabbinate.

Until now, community rabbis and yeshiva heads not officially employed by a local religious council needed special permission from the rabbinical council to officiate at weddings.

Tzohar helps to involve non-religious couples and their families in the wedding ceremony, marrying about 3,000 couples a year free of charge.

A Jewish couple must have a religious ceremony in Israel in order to be recognized as married. Many Israeli couples travel to the nearby island of Cyprus to marry in secular ceremonies. 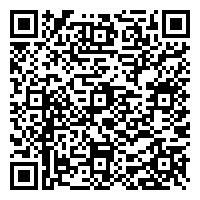