(JNi.media) An Israeli Jewish man, 80, filed an appeal with the Netanya Rabbinical Court, to be allowed to marry a second wife, citing the condition of his first wife as the reason, Psak Din reported. During the hearing, the husband described his first wife’s difficult situation, being under 24 hour care, tied to a wheelchair and requiring help with every personal need. Other than her husband–the plaintiff, the wife does not recognize anyone, not even their grandchildren. When people come to visit she starts screaming or responds inappropriately and is not able to control her bodily functions.

The husband submitted a medical opinion attesting to his wife’s physical, mental and intellectual condition. The document determines that the woman is suffering from various diseases, including multiple sclerosis and severe dementia. Her illness is visible in both her physical and mental conditions, she experiences severe memory lapses, “is not interested at all in her surroundings, barely speaks, does not watch TV, and is occasionally restless.”


The plaintiff also reported that “due to her physical and intellectual disabilities she is unable to manage her own affairs and care, and therefore needs a guardian for her person and property.” In response, the court appointed a guardian for the wife, to make sure her rights are observed.

“Death do us part,” said the husband and explained that it is vital to him not to hurt his first wife, to whom he has been married for 50 years. He takes care of all her needs and is committed to continue this in the future. “I pledge to protect her … I buy medication and bring food home and everything.”

However, despite the difficulties he is already facing, the husband said that at his old age he wants to live with a woman, “who can make him a cup of tea,” hence the request from the court.

The Dayan (rabbinic judge) Rabbi Shneur Pardes reviewed various halachic opinions on the issue and concluded that the husband should be permitted to take another wife. The main discussion was over the rabbinic concept of “a woman who lost her faculties irreparably” who may not be divorced according to Shulchan Aruch (Ev. A:10).

“This situation of women diagnosed with dementia who is unable to take care of her basic needs, has lost sphincter control and cannot be intimate with her husband, fits the definition of a wife who lost her faculties and her husband is given permission to marry an additional wife,” the Dayan ruled.

In this context, the Dayan noted that it is acceptable to rely on doctors’ opinion.

The Dayan noted that he chose to avoid issuing a get according to the Ashkenazi custom, which requires the approval of 100 rabbis, forcing the husband to pay triple alimony for the rest of the wife’s life. However, to guarantee the first wife’s rights—dwelling, sustenance, medial care—the Dayan decided that the first wife will continue to live in the couple’s apartment until she dies. To that end he placed a permanent lien on the couple’s apartment. He also required the husband to deposit a sum three times the amount in the Ketuba (the marriage agreement) with the court.

The presiding judge, Rabbi Michael Amos, and Dayan Rabbi Haim Victor Vidal joined the ruling, permitting the husband to marry again, subject to approval by one hundred rabbis and confirmation by the president of the Supreme Rabbinical Court, Rabbi Yitzhak Yosef. 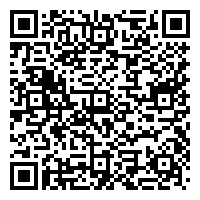