Gaza terrorists fired a mortar shell at southern Israel shortly after 11:30 pm on Saturday night. The attack came after an evening in which there were sporadic launches from the Hamas terrorist-run enclave.

One projectile landed in an open area in the Sha’ar HaNegev Regional Council district.

The IDF also identified two other launches at around 11:48 pm; one was aimed at Kerem Shalom, the other in an open area between Israel and Gaza along the security fence.

No one was physically injured and no property damage was reported in any of the above attacks. The Red Alert incoming rocket warning siren activated only in open areas and not in communities, officials said, because none of the projectiles were heading towards a populated area.

The Red Alert incoming rocket warning did, however, trigger Saturday night in Kibbutz Nirim, near the Gaza border, close to 10:30 pm.

The IDF said that projectile landed near the area of the security fence along the border with Israel, in Gaza territory.

Earlier in the evening the IDF Iron Dome anti-missile defense system intercepted a rocket attack that was aimed at the city of Sderot in southern Israel at around 9 pm.

RAW FOOTAGE: This is the rocket terrorists fired from a civilian area in Gaza toward Israel a short while ago.

“Following the report of an alert operation at 20:58, one launch was identified from the Gaza Strip into Israeli territory, which was intercepted by air defense fighters,” the IDF said in a statement.

No physical injuries and no property damage was reported. However, a spokesperson for Barzilai Medical Center reported that an 18-year-old Sderot resident was admitted to the hospital’s Emergency Room suffering from extreme anxiety, following the Red Alert incoming rocket warning siren that activated in the city.

The Red Alert incoming rocket alert was also activated in Giv’im, Nir Am, Ivim and multiple other communities along the border with Gaza.

The IDF decided Saturday night to beef up the Iron Dome anti-missile defense system deployments across southern Israel in light of the rising number of rocket attacks aimed at communities in the area.

And most importantly:
? 24/7 protection of Israel

The Israel Defense Forces retaliated with attacks on Hamas terrorist positions in Gaza shortly after. 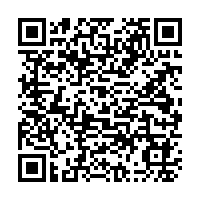