A report published on Monday by NGO Monitor reveals that several European governments, as well as the United States and Canada, have been providing funds for church-based efforts to delegitimize Israel, starting at the 2001 UN Durban Conference, and continuing with boycotts, divestment, and sanctions (BDS) over the past decade.

These tax-payer funds are disbursed as grants to church-based humanitarian NGOs, which then transfer these funds to highly politicized pro-Palestinian NGOs.


The report mentions Sabeel Ecumenical Liberation Theology Center, located in Jerusalem, founded in 1989 and led by Anglican Canon Naim Ateek. Sabeel seeks to build a critical mass of influential church leaders who will amplify its message that Israel is solely culpable for the origin and continuation of the Israeli-Palestinian conflict.

Through its international “Friends of Sabeel” network Sabeel hosts numerous church-based conferences in the U.S., Canada, Europe and Australia each year where it promotes its agenda to large audiences of Christians.

The report accuses Sabeel of using anti-Semitic deicide imagery against Israel, and of disparaging Judaism as “tribal,” “primitive,” and “exclusionary,” in contrast to Christianity’s “universalism” and “inclusiveness.”

The report says the Dutch government grants hundreds of millions of euros annually to Dutch church-based aid organizations such as Kerk in Aktie (KIA), the Interchurch Organization for Development Cooperation (ICCO), and Cordaid. These groups disburse these funds to NGOs around the world, including Sabeel.

The report points out that Sabeel lists Kerk in Aktie among its donors. KIA claims to support Sabeel in order to promote the voice of Palestinian Christians within the church.

The Swedish government’s International Development Cooperation Agency (SIDA) has been providing substantial aid to Palestinians in the West Bank and Gaza since 2000. Much of this aid is funneled through Diakonia, Sweden’s largest humanitarian NGO.

Sabeel’s website states, “Diakonia is closely associated with Sabeel” and credits this relationship for changing the direction of Swedish foreign policy toward Israel.

In its 2011 annual report, Sabeel listed Development et paix as a donor without specifying the amount.

According to its 2010-2011 Annual Report, Development and Peace granted $180,000 to the “Palestinian Territories” without specifying the recipients.

The Holy Land Trust (HLT) is a signatory to the 2005 “Palestinian Civil Society Call for BDS” and supports the Kairos Palestine document. Similar to Sabeel, HLT conducts highly politicized tours to the region targeting church leaders and the international community, claiming to provide “cross cultural and experimental learning opportunities in both Palestine and Israel.”  HLT’s influence is felt in churches across the globe.

For the complete report go to: BDS IN THE PEWS: European, U.S. and Canadian Government Funding Behind Anti-Israel Activism in Mainline Churches. 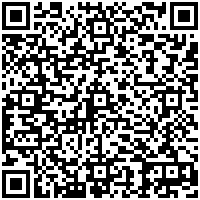