The Baltimore Sun reported that two competing plans to save the Baltimore Jewish Times’ publisher from bankruptcy are no longer pending, and negotiations resumed Tuesday with a key creditor, after a judge ok’ed an emergency cash infusion.

According to Alter Communications Inc.’s attorney Alan M. Grochal, the two proposals before the bankruptcy court had falled through, although the major investors involved in each one are still interested. A hearing scheduled Wednesday morning in U.S. Bankruptcy Court in which the sides will either present a plan or ask for more time.

“People are finally putting down the swords and picking up the pens and figuring out how this can work,” Buerger said early Tuesday afternoon.

The Sun spoke to Neil Rubin, senior editor of news for the Baltimore Jewish Times, who has not been privy to the negotiations, but “marveled at the complexity and length of the proceedings.”

“This has taken so many turns it’s dizzying,” Rubin said. “You couldn’t do a flow chart of this.” 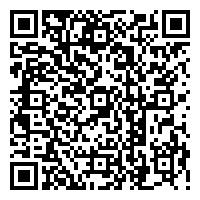