Following the reports of a ceasefire between Israel and the Palestinians terror organizations, communities in the South were hoping that life would go back to normal, but  at 8:00 Tuesday night the shooting from the Gaza Strip resumed. A Grad rocket exploded in  the parking lot within the town of Netivot, causing damage to several vehicles. One person  was lightly wounded by shrapnel in his hand and received treatment; 11 suffered from shock.

Commander of the Negev District Police Brigadier General Peretz Omer arrived at the scene of the exploded rocket in the parking lot, and coordinated the follow-up activity, in an attempt to prevent needless panic. At this point it appears that schools, which had been closed since the weekend by order of the Home Front Command, will be open Wednesday.


A resident who had been standing near the parking lot when the rocket blast occurred, told Ma’ariv: “This is another great miracle on the list of Netivot miracles. We heard the alarm, people took cover and the shrapnel hit the car. Some  people suffered from shock.”

Since the unofficial ceasfire agreement was reached between Israel and Hamas, brokered by Egypt at 1:00 a.m. night before, there has been a significant drop in the rate of firing from Gaza, compared to the previous three days. However, several rockets had still been fired into Israel on Tuesday.

During the night and this morning, three rockets were fired at the western Negev areas. Earlier Tuesday evening a rocket was fired at the Ashkelon Coast Council district, and a mortar shell exploded in an open area within the Eshkol municipality.

Despite the renewed “dripping” of terrorist rockets fire on southern communities, the heads of local councils and  the Home Front Command announced that public schools in the south will resume normal operations, including the town of Netivot, despite  the rocket that fell on the city center.

Shortly after the shooting on Netivot, Palestinian sources in Gaza reported that  IDF tanks were shelling the area east of Gaza. According to the report, Israel Air Force aircraft were circling Gaza continuously.

Earlier Tuesday evening, in a meeting of government ministry director-generals, Prime Minister Benjamin Netanyahu referred to reports about the truce by saying, “Our message is clear – peace will bring peace, and all those who violate it or even try to break it, our sights will find them.” 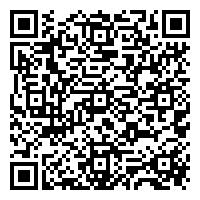