Several current and former New York Jewish elected officials gathered on Monday to denounce the congressional candidacy of Charles Barron, because of his anti-Israel views.


Barron, a city councilman, is facing state Assemblyman Hakeen Jeffries in a June 26 Democratic primary, in a bid to succeed 24-year incumbent Rep. Edolphus Towns, also a Democrat, who is retiring at the end of this year.

This week, Barron was endorsed by Elinor Tatum, Publisher and Editor in Chief of the New York Amsterdam News, the largest local African American publication.

Jewish politicians at Battery Park expressed support for Assemblyman Jeffries and called Barron an “anti-Semite,” “hateful” and a “bigot.”

In its endorsement of Barron, the Amsterdam News, which in the past has endorsed both candidates in various capacities, wrote, possibly reflecting the paper’s attitude regarding the riff with Jewish Democrats over his candidacy:

“Jeffries is more moderate and more palatable to some, but at this point, this seat needs fire—someone who might just take Washington by its ear and make it listen. We need attention brought to our communities, and a leader who will do that is Barron.”

Barron has made several explicitly anti-Israel statements, including a speech in which he said Israel should not be a state.

He has also said the true Semites are the blacks, not the Jews.

Reflecting on the 1991 Crown Heights riots, Barron said, “Even when leaders moved in to quell the violence, they never dealt with the perception that Jews get preferential treatment in Crown Heights. They only make up 20 percent of the population, but they’ve always walked these streets as if they owned them, and acted as if they were the only ones that mattered.”

Barron said about the Orthodox Jews of New York: “There is a way of thinking that says black life is not as good as Jewish life. That way of thinking has real consequences. It puts a chip on the shoulders of those made to feel inferior and gives a false sense of entitlement to those placed on high. The fact that they [religious Jews] have their own ambulance service and volunteer police detail in the heart of the community speaks to that.”

Barron made statements comparing the situation in Gaza to concentration camps.

Barron has publicly praised foreign dictators such as the late Muammar Gadhafi of Libya and Robert Mugabe of Zimbabwe.

In a televised debate between the two candidates, Jeffries said, “I certainly can’t compete with Charles Barron for the pro-Gaddafi vote.”

Jeffries also attacked Barron’s criticism of President Barack Obama. “Charles Barron has been willing to go after the President of the United States in such a reckless, vicious and disrespectful fashion. In the context of Muammar Gaddafi, my opponent called … President Obama essentially a murderer.”

“To compare Israel to Nazis, calling what Israel is doing a genocide? Israel’s trying to survive in a tough neighborhood,” Rep. Nadler said during the news conference. He added that Israel is “not doing anything like Nazis. To even put them in the same universe is a disgrace to the English language.”

Nadler said Barron’s election to Congress, “to some extent would legitimize this kind of anti-Semitic discourse, and we don’t need that.” 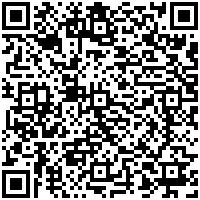