The event, co-hosted by Danon and Lauder and held at Manhattan’s Pierre Hotel, was the first for Danon in his new role.


The candle-lighting ceremony was the second in a week for Rivlin and ended his unexpectedly controversial visit to the U.S. on a positive note.

He had drawn criticism for applauding at the White House Chanukah party as a left-wing activist with ties to the BDS movement lit the menorah and spoke of “justice” for the Palestinians. And he took part in a symposium in New York sponsored by the Haaretz newspaper and the far -left-wing New Israel Fund, where he shared the stage with members of the anti-IDF NGO “Breaking the Silence”, an organization dedicated to exposing alleged mistreatment of Arabs by the Israel Defense Forces.

Lauder evoked a theme of unity at Sunday’s far less contentious affair that was echoed throughout the night. “We live in a time when it takes courage to stand at a bus top in Jerusalem, and it takes courage to walk down the street with a kippah in New York”, he said in a reference to the current climate of terror that has American Jews as well as Israelis on edge.

As he prepared to light Chanukah candles for the last time this year, Rivlin explained the concept of Tikun Olam, Healing the World, and the intrinsic role it plays in Jewish values. He described efforts by the State of Israel to implement the principles of Tikun Olam.

“Even on Chanukah, when we remember events from long ago, we are all facing the future. This year, the UN adopted new development goals for the next 15 years, and just last week Israel set out its goals, to help with development in technology and agriculture in developing countries. Standing here, surrounded by friends, representatives of nations across the world; I am indeed very proud of Israel’s contribution to working for a better future for all peoples”.

Diplomats from dozens of countries attended Sunday’s event alongside the veritable who’s who of Jewish leaders, their presence lending credence to a slowly growing consensus: Despite all the hand-wringing and speculation about misplaced motives last summer, when Netanyahu appointed Danon to the post of Israel’s Permanent Representative to the UN, Danon seems so far to be proving his critics wrong, forging ties at the UN while remaining a strong voice for Israel.

“In this celebration of the holiday of lights, we must unite against global terrorism, and banish the darkness that this terror has brought upon the world”, said Danon, ”On this night of Chanukah, when we light the candles of the Menorah, I will dedicate my candle to the memory of Staff Sergeant Oron Shaul and Lieutenant Hadar Goldin, and pray that we can bring them to a proper burial in Israel as soon as possible.”

Before the evening ended with a performance by the teenage singers of ‘One Voice,’ a project that brings together musical groups from Tel-Aviv’s Hebrew Scouts and Jaffa’s Arab Greek Orthodox Scouts, Rivlin concluded, “Israel is all too often the target of politically motivated attacks in the UN. But we insist on presenting our views, even as the few against many, in the belief that the light that Israel spreads – not just at Chanukah, but every day – will overcome the darkness of extremism, violence, and terrorism. Chanukah’s main message remains ‘the victory of light over dark'”. 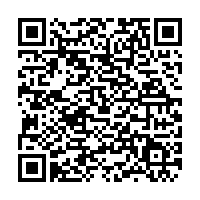