After building up above-ground, vertically stacked, hi-rise grave niches in Jerusalem’s Har HaMenuchot cemetery, Jerusalem is looking down, way down, and is planning to build a $50 million underground catacomb system for burying the dead underneath Har HaMenuchot.

Har HaMenuchot currently holds 150,000 bodies and is running out of room.


Phase 1 of the “subterranean city of the dead” as the Washington Post called it, will hold 22,000 bodies in underground crypts linked together on three floors by elevators, intersecting tunnels and air conditioning.

Israelis get free burials – one of the perks of citizenship — though reserving a specific grave next to your loved one costs extra. There’s always a catch.

The digging of the catacombs is being done by a robot borer, as there’s too much dust in the digging process for a human.

It’s estimated the phase one’s 22,000 crypts will be filled within 7 years. After that, more digging. 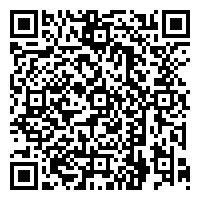