Six people were killed and 16 were injured in Haifa late Wednesday afternoon when a run-away truck whose brakes had failed sped downhill and crushed pedestrians and at least five vehicles, some of which burst into fire.

The speeding vehicle was headed downhill and sped out of control for 600 feet, hitting people, cars and traffic signs, until it finally was stopped by a fence.


Last year, a young girl was the sole survivor of a crash that killed her parents and six sisters and brothers after the car’s brakes failed.

The driver of the truck in Wednesday’s crash was an Arab, raising fears that he carried out a terrorist attacks, but police have all but ruled out that possibility.

“At this moment in time we don’t believe it was a terror attack,” Israel Police spokesman Mickey Rosenfeld told The Times of Israel. ”We strongly believe it was an accident based on findings at the scene and eyewitnesses.”

Magen David Adom declared a mass casualty event, and screaming sirens of ambulances brought the dead and injured to Haifa hospitals after rescue workers extricated them from the debris and after firefighters were able to extinguish the flames.

The driver, as often happens when others are killed, did not suffer serious injuries. Police have detained him for questioning. 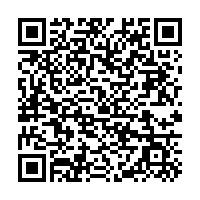