“Slutwalk”, a controversial rally aiming to counter the claim that revealing clothing provokes rape and sexual assault, will come to Jerusalem on Friday unless it is stopped by conservative and religious elements in the city.  On such rally has already occurred in Tel Aviv.

The march is set to begin at Paris square and arrive at Gan HaSus.  The march began in April 2011, after a Canadian police officer recommended that a way women could reduce rapes and sexual assaults is to “avoid dressing like sluts”.


Approximately 160 people are anticipated at the Friday march, which has been authorized by law enforcement.  However, Jerusalem Deputy Mayor Yossi Deutsch told Yediot Aharonot that he intends to prevent the rally, the idea of which left him “shocked, ashamed and disgusted”, particularly because many of the women objecting to the notion of being treated as sex objects because of their attire will be walking in the rally in revealing and suggestive clothing. 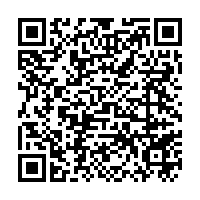