Despite a UN arms embargo, Iran has imported over £350 million worth of weapons in the last three years, according to an Oxfam report reported on by Britain’s Telegraph newspaper.

The report will show that UN arms embargos do little to thwart sanctioned countries, with 10 such nations purchasing £1.4 billion in 2000-2010, according to the report.


Iran has enjoyed some success from renaming ships and reflagging them as a way of importing arms.

Russia and China are believed to be Iran’s primary suppliers. 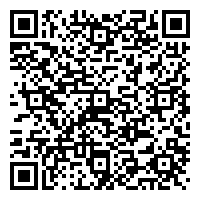