The wounded soldier, age 19, suffered wounds in the upper part of his body and was rushed to Shaarei Tzedek Hospital in Jerusalem.

The terrorists arrived at the hitch-hiking station at the junction and the soldiers prepared to question and search them when they began to stab the Kfir Brigade soldier. Other troops reacted swiftly and shot them.

Gush Etzion has been a frequent target for Arab terrorists. it is located on the major highway that links the area, which includes Efrat, with Jerusalem to the north and Kiryat Arba-Hebron to the south.

The IDF has beefed up patrols on the highway and at the junction, but it has not deterred terrorists from trying to run over or stab soldiers. 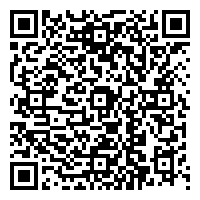