Russian warplanes bombed Islamic State (ISIS) and rebel positions near Golan Heights this week for the first time since Moscow directly sent its aircraft to defend the Assad regime, according to the Iranian regime-controlled Fars News Agency.

Fars, which is a propaganda tool, added:

The Russian fighter jets’ attacks have an important message for Israel while Tel Aviv is trying to pretend that it has reached an agreement with Moscow on Syria’s Southern skies.

That may or not be true.

Israeli and Russian defense officials have been meeting quietly on a weekly basis to coordinate aerial activities and prevent each air force from downing a plane from the other side. Israel has made it clear to Russia it will fly into Syrian air space if a mission is needed to bomb weapons being smuggled into Lebanon for Hezbollah.

Neither Moscow nor Jerusalem wants a conflict, and although no one will admit it, Russia’s attacks on Al Qaeda and ISIS positions near the Golan Heights Syria gives Israel a better sense of security, at least in the short-term.

Since the Russian Air Force began carrying out bombing attacks in Syria, gunfire and mortar shell attacks on the Israeli side of the Golan Heights have dropped sharply. 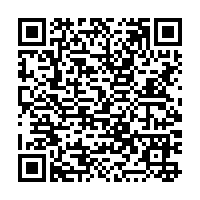