El Salvador and Chile have joined Brazil, Peru and Ecuador in recalling their ambassadors to Israel in protest over Operation Protective Edge.
“We hope that international pressure will help warring parties to come to agreement, primarily over a ceasefire and then to attain firm peace which is still unfortunately seen in a very far future,” said Chilean Foreign Minister Heraldo Munoz.
Also Tuesday, El Salvador recalled Ambassador Susana Edith Gun to San Salvador “for urgent consultation” following President Sanchez Ceren expressed concern “over serious escalation of violence and Israel’s bombings in the northern part of the Gaza Strip.”
Israel’s Foreign Ministry said in a statement that Jerusalem is “deeply disappointed” at the decision to recall the ambassadors and said the decision would go a long way to provide moral support for terrorism.
“Israel expects countries that oppose terrorism to act responsibly, not to reward terrorists,” the statement said. 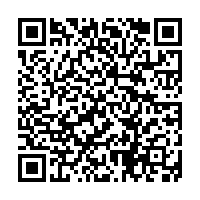