A supersize ambulance to cope with the growing number of obese patients in the emirate has been unveiled by the Dubai Corporation for Ambulance Services, Gulf News reports.

The Dh1 million vehicle, the first of its kind here, features a lift gate capable of hoisting 650 lbs. and an extra wide stretcher.


The corporation received the ambulance from the Al Habtoor Group on Thursday as part of the group’s participation in serving the community.

The supersize ambulance, known as ‘a bariatric ambulance,’ has larger doors and more space inside. It has also been fitted with specially-strengthened stretchers capable of expanding to take extra weight, motorised stretchers to help staff lift heavy patients, wider ramps and larger chairs.

“Having an ambulance to deal with very overweight people is important. However, this ambulance is not only built to deal with obese patients it is generally better for staff to have more space inside a vehicle to work in,” said Eisa Al Haj Al Maidoor, Director of Dubai Health Authority. 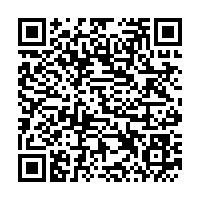