Two news agencies in Lebanon and Syria claimed Wednesday evening that an Israeli drone was downed, possibly by a SAM anti-missile that was fired from Syria. The official Lebanese National News Agency reported, “The tail of a surface-to-air missile (SAM) fired from Syria fell in the outskirts of the Lebanese town of Deir al-Ashayer,” near the border between Syria and Lebanon and approximately 15 west of Damascus.

Last month, Israel is assumed to have been behind the aerial bombing in the same area of a truck convoy carrying advanced Soviet-made SA-17 anti-aircraft missiles intended for Hizbullah.


Israel has not commented on the reports of a downed drone but has stated several times it conducts surveillance flights over Lebanon to monitor terrorist activity and the transfer of weapons from Syria to Hizbullah in Lebanon. 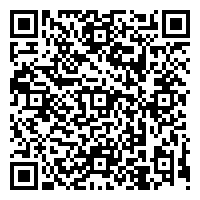