An Israeli citizen, 40, was stabbed in the chest near the Tomb of the Patriarchs in yet another Arab terror attack in Hebron, according to a TPS report.

The attack happened around 3:45 PM on Monday.


The man is in critical condition according to MDA.

The wounded citizen is a well known resident of Hebron.

His name for your prayers is: Genady Chaim Nota ben Raya Rachel 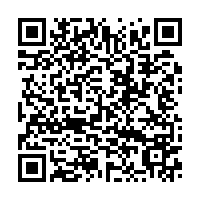