UPDATE: Confirmed – One IDF soldier was killed, and 1 wounded seriously injured in the attack. The killed soldier, from an Artillery unit, was from the (religious) town of Nof Ayalon. The family has been notified. His name is Netanel Yahalomi.

IDF forces thwarted a terror attack on Friday, September 21, in which terrorists attempted to infiltrate from Egypt into Israel near. A number of terrorists opened fire on an IDF artillery force stationed along the border to protect the construction of the border fence. A force of the Caracal Battalion, which was stationed nearby, engaged the terrorist squad, injuring at least three terrorists.


One of the terrorists was equipped with an explosive device which exploded. According to initial findings, the IDF force successfully prevented a large-scale attack on Israeli civilians. No terrorists managed to infiltrate into Israel.

The Caracal Battalion is an IDF infantry combat battalion, composed of both male and female soldiers, of both Jewish and Arab descent. It is named after the Caracal, a small cat whose sexes appear the same. As of 2009, approximately 70% of the battalion was female. It is part of the 512th “Sagi” Brigade of Israel’s Southern territorial command.

In the coming hours, a situation assessment will be held, led by Chief of the General Staff Lt. Gen. Benny Gantz, in order to investigate the incident.

This July, terrorists opened fire on a bus carrying soldiers near the Israeli-Egyptian border. There were no injuries, but the bus was damaged. This June, a civilian was killed in a combined shooting and mortar attack while working on the border fence.

Roughly two months ago, while touring the border region, the Chief of Staff said, “Bases of terror are expanding in the Sinai region. We expect the Egyptians to exercise their sovereignty.”

“Over ten terror infrastructure in Sinai were revealed and dismantled over the past few months,” Head of the Military Intelligence Directorate, Maj. Gen. Aviv Kochavi, said roughly a month ago. “Sinai is a secondary priority on the Egyptian agenda, and the channels of the terror infrastructure are currently being monitored.”

Al Jazeera is reporting that the terrorists were Salafists from Egypt.

The Caracal Battalion is an infantry combat battalion of the Israel Defense Forces, composed of both male and female soldiers, of both Jewish and Arab descent.[1] It is named after the Caracal, a small cat whose sexes appear the same.[2] As of 2009, approximately 70% of the battalion was female.[1][3] It is part of the 512th “Sagi” Brigade of Israel’s Southern territorial command. 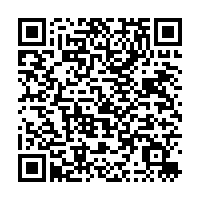