An attempted stabbing was foiled 300 meters from the Tapuach junction, in the direction of Hawarwa, on Wednesday morning.

The terrorist tried to stab IDF soldiers with a screwdriver, but was instead shot by IDF troops, and wounded in the lower body, according to the IDF.

The 32-year-old terrorist from Tul Karem is listed as lightly-moderately wounded and taken to Beilinson hospital. 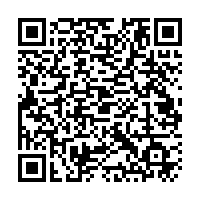