The blessing for rain may have been left behind for the winter season, but the Heavens re-opened on Wednesday night anyway with additional blessings for the Land of Israel.

The entire country was hit and the rainstorms that began overnight are carrying on through Thursday and expected to continue possibly into Friday. Storms of this intensity are unusual in Israel in May, but not unheard of.

Communities in Gush Etzion were left without power overnight. Main highways were shut down due to flooding around the Dead Sea and in the northeastern Negev city of Arad at least one home was flooded due to cracks in a ceiling where the roof gave way.

There were also reports of numerous Bezeq telephone lines being knocked out at the southern end of the Dead Sea, in the Ein Bokek area, due to flooding in the region.

Israeli rescue teams are warning the public about the dangers of trying to cross flooded terrain across the country. Even if the flow of the waters appears to be weak, warned officials, there is simply no way to measure the water’s depth and strength.

Waves can be intense and suddenly rise to flip a car over, officials explained. Floods also loosen rocks, which can easily trap a car within the flow of the water. If a driver encounters a flood while driving, he or she is advised to wait until the rush of the water has stopped entirely before continuing to drive. Failing that option, turn around and head back. Better safe than sorry, in all cases.

Anyone who requires assistance is advised to dial 100, the Israel Police.

Due to the flooding, Route 90 is still closed to traffic in both directions from the Dergot Peaks to the hotel strip at Ein Bokek. The same road has been shut down at the northern end of the Dead Sea up to the Arava Junction as well. Traffic police are deployed at both locations to head off unwary travelers.

In addition, Route 31 heading down to the Dead Sea has also been closed. 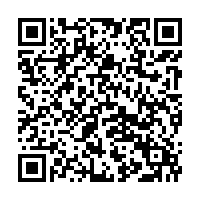