A Toronto Islamic school has lost the right to use a public school building for its classes after anti-Semitic teachings were discovered in its curriculum and posted on its website.

The Toronto District School Board announced this week that the East End Madrassah could no longer rent space for its Sunday classes until police finish their investigation of the anti-Jewish teachings.


The public school board “[needs] to be satisfied with the outcome of the investigation and that [the madrassah was] in compliance with our policies and procedures” before they can use school board property, board spokesman Jim Spyropoulos told the Toronto Star.

The board has asked for a meeting “to have a deeper discussion so we can have a clear understanding of their programming and curriculum, and how and why some of the statements that appeared on their website were there,” Spyropoulos added.

Police are probing the madrassah based on Canada’s Criminal Code, which makes it unlawful to publicly and “willfully” promote hatred against any identifiable group.

One of the lessons taught at the madrassah referred to Jews as “crafty” and “treacherous,” contrasted Islam with “the Jews and the Nazis,” and alleged Jews conspired to kill the Prophet Muhammad.

The curriculum was available on the school’s website, which was later taken down.

Avi Benlolo of the Friends of Simon Wiesenthal Center for Holocaust Studies, who alerted police to the offensive material, was pleased with the board’s move but said the permit should have been revoked immediately. He called on Canadian school boards to “put a plan in place to ensure no group is ever targeted as the Jewish community has been.” 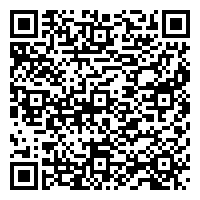