The Battersea Power Station in London invited a firestorm of protest that continued from last week into this week after lighting up its chimneys with a magenta and purple glow to mark International Holocaust Remembrance Day.


The move came as part of the “Light The Darkness” campaign.

In a tweet that has since been deleted, Battersea Power Station wrote, “We’re lighting our chimneys purple this evening to take part in the #LightTheDarkness national moment today. On Holocaust Memorial Day, we remember those who suffered and we stand against prejudice and hatred in the world today.”

But there was one problem: The Nazis used chimneys to vent the smoke from the gas chambers and extermination crematoria used in their murder of millions of Jews during the Holocaust, and chimneys have been inextricably associated since.

The blowback was quick, and intense.

“Battersea Power Station actually lit their chimneys up in Honour of HMD. I’ve never heard anything so stupid in my life, how can you be so dumb,” one tweet said.

“We approached Battersea Power Station to light up in purple as part of the national ‘Light the darkness’ moment for Holocaust Memorial Day. Over 150 different landmarks up and down the country lit up on the day – with a variety of buildings. Their chimneys were part of the many purple lights across London, including the Houses of Parliament, London Eye, BT Tower, The Gherkin, Natural History Museum, Southbank Centre and many more, and it was amazing to see each and every light up,” the statement added.

It’s not clear whether the Trust understood that the actual chimneys would be lit.

Battersea Power station has had a complete nightmare here. Who thought this was a good idea??? ? pic.twitter.com/GJkg40BChf

Battersea Power Station illuminating its chimneys for Holocaust Memorial Day has reminded me of the time I got a press release about a famous chef launching a limited edition (pork!) sausage called ‘The Fennel Solution’

One Twitter user had pity on the power station’s social media department, noting that the person running its social media “probably isn’t responsible for the ‘chimney’ gesture.”

The power station is owned by a Malaysian consortium and houses restaurants, shops and night-life venues.

Responding finally to the firestorm on Tuesday night, Battersea reportedly followed up with a tweet thanking the Trust for its clarification and saying, “We have taken the comments on board and will think of an alternative way to show our support next year.” 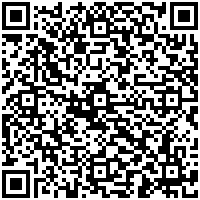