Israel’s Supreme Court on Sunday ruled unanimously that MK Hanin Zoabi from the Balad party will be able to run to the 19th Knesset, despite the decision of the Knesset Elections Committee to disqualify her.

Zoabi’s name became infamous in Israel after she took part in the attempted illegal invasion of secure waters by the Mavi Marmara, a 2010 Gaza flotilla sent from Turkey which attempted to kill Israeli navy soldiers who boarded the ship in accordance with Israeli law. 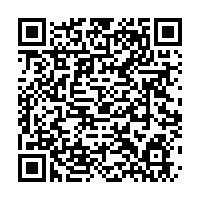