Last week, after Israeli police detained women from the Women of the Wall movement who approached the Western Wall in Jerusalem carrying tallitot, an official told Israel Today that Netanyahu asked Jewish Agency Chairman Natan Sharansky to look into the matter.

Israel’s Supreme Court ruled in 2003 that women cannot bring a Torah or pray with ritual garments at the Western Wall, saying that doing so disrupts public order. The court designated a discreet part of the wall, called Robinson’s Arch, for coed prayer with full regalia.

The women are preparing a new Supreme Court petition that challenges the 13-member board of the Western Wall Heritage Foundation, which governs the site, saying its ultra-Orthodox majority does not represent the Jewish public.

Sharansky told the NY Times that the Jewish Agency has stopped conducting ceremonies for new immigrants in the Kotel’s plaza two years ago, after the Western Wall Heritage Foundation said that attending men and women could not sit together. Under pressure from the international groups that provide its financing, the agency passed a resolution on Oct. 30 calling for a “satisfactory approach to the issue of prayer at the Western Wall.”

In a Jewish Press November 5 poll, asking whether the “Women at the Wall” should be allowed to pray with Talit and Teffilin and read the Torah at the Kotel, 39%, of our readers answered that these women “have every right to pray at the Kotel whichever way they wish.” The second most popular option, picked up by 24% of the readers was that they “should respect the existing Orthodox prayer customs at the Kotel.”

A somewhat more militant 6% picked the option that the women “are no worse than Jews-for-Jesus, Christians and heathens who get to pray at the Kotel with their symbols and icons on.”

Of course, as is often the case in religious wars, the battle at the Kotel is as much about territory as it is about anyone’s spiritual needs. In the spring, Israel’s Supreme Court ruled that the government must pay the salary of Reform rabbis as it does the Orthodox rabbis. And, according to the NY Times, a few Jerusalem restaurants have been considering hiring non-Orthodox kashrut supervisors to replace the ones provided by the Rabbinate. Women of the Wall leader Anat Hoffman is determined to carve out her God’s Little Acre can be seen part of a Reform and Conservative pushback.

“It’s a really important development,” Mark Pelavin, a senior advisor to the Union for Reform Judaism’s president, Rabbi Rick Jacobs, told JTA. “It’s the first time the prime minister has recognized that the status quo is problematic. It’s the beginning of a much more serious conversation about women in Israel.

“The prime minister thinks the Western Wall has to be a site that expresses the unity of the Jewish people, both inside Israel and outside the state of Israel,” Ron Dermer, Netanyahu’s senior adviser, told the NY Times. “He wants to preserve the unity of world Jewry. This is an important component of Israel’s strength.”

Women who prayed at the Western Wall while wearing their tallit or tefillin have been arrested.

Rabbi Julie Schonfeld, executive vice president of the Conservative movement’s Rabbinical Assembly, said her group would support “Israel in its efforts to work toward ensuring women’s equality and religious pluralism both in the most sacred moment of prayer at the Western Wall and throughout life in Israel.”

Hadassah’s president, Marcie Natan, said her movement “hopes that a resolution can be reached which will allow all women to pray, individually and collectively, at the Kotel freely, without harassment, and in accordance with their own religious practices.”

The National Council of Jewish Women said Netanyahu’s initiative should not delay the implementation of a solution or allow arrests of women who pray at the Western Wall to continue.

“It is clear the dispute over the Wall has the potential to drive a wedge between Israel and her supporters abroad, but the focus for the inquiry must remain on finding a way to allow access that respects gender equality and religious diversity,” NCJW CEO Nancy Kaufman said in a statement. “The Wall cannot continue to be the purview of only one religious perspective.” 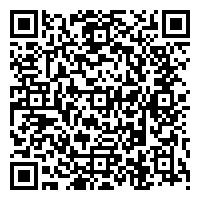