More than 800 Palestinians have been killed and hundreds others injured since the beginning of the crisis in Syria nearly two years ago.

In the past two weeks, thousands of Palestinians were forced to flee the Yarmouk refugee camp near Damascus after Syrian jets bombed their homes, killing dozens of people.

More than 3000 refugees have fled to neighboring Lebanon, where some politicians and cabinet ministers are already calling for closing the border to stop the influx of Palestinians into their country.

The Arab world, meanwhile, has done nothing to help the Palestinians in Syria.

The Arab League did not hold an emergency meeting to discuss what Palestinians described as “massacres” against the refugees in Yarmouk, home to some 50,000 people.

This is not the first time that Palestinians living in Arab countries find themselves caught in conflicts between rival parties. Those who meddle in the internal affairs of Arab countries should not be surprised when bombs start falling on their homes.

The Palestinians have a long history of involving themselves in the internal affairs of Arab countries and later complaining when they fall victim to violence. They complain they are being killed but not saying why they keep getting into trouble.

In Syria, a Palestinian terrorist group called Popular Front for the Liberation of Palestine – General Command, which is headed by Ahmed Jibril, had been helping the Syrian regime in its attempts to suppress the opposition. Jibril’s terrorists are reported to have kidnapped, tortured and murdered hundreds of anti-regime Syrians over the past two years.

The last time an Arab army bombed a Palestinian refugee camp was in Lebanon. In 2007, the Lebanese army destroyed most of the Nahr al-Bared camp after another terrorist group, Fatah al-Islam set up bases there and attacked army checkpoints, killing several soldiers.

In the 70s and 80s, Palestinians played a major role in the Lebanon civil war, which claimed the lives of more than 150,000 people.

The Palestinians also payed a price for meddling in the internal affairs of Iraq. After the collapse of Saddam Hussein’s regime, thousands of Palestinians were forced out of Iraq for helping the dictator oppress his people for many years.

After the liberation of Kuwait more than 20 years ago, hundreds of thousands of Palestinians were expelled from the tiny emirate and other Gulf countries. Their crime was that they had supported Saddam Hussein’s invasion of Kuwait — a country that for many years had provided the PLO with billions of dollars in aid.

Jordan was the first Arab country to punish the Palestinians for meddling in its internal affairs. In 1970, the late King Hussein ordered his army to crush armed Palestinian organizations that had severely undermined his monarchy. The violence resulted in the deaths of thousands of Palestinians and ended with the expulsion of the PLO to Lebanon.

What happened in the Yarmouk refugee camp in the past few days shows that the Palestinians have not learned from their previous mistakes and are continuing to meddle in the internal affairs of Arab countries. That is perhaps why the Arabs are reluctant to help the Palestinians overcome their financial hardships.

Arab League foreign ministers recently promised to provide the Palestinian Authority with $100 million per month to solve its financial crisis. But the Palestinians have not yet seen one dollar from the promised aid. And if they continue to meddle in the internal affairs of their Arab brothers, the only thing they will see is more bombs falling on their homes and thousands of people forced out of their refugee camps. 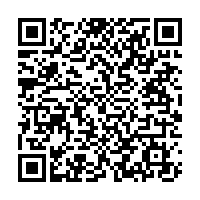